Posted by Barniferous in Azeroth, Friends and coworkers, Klaxman, The Penpal on January 27, 2017

Today was the first day of my short paid holiday! I made good use of my time by spending most of the day with The Penpal.

During the day, we went to the nearby travel agent to inquire about a plane ticket back to Canada in November. I have pretty much decided that I’m going in November, although I haven’t given any notice yet. My thought was that plane tickets are usually cheaper in advance, but the travel agent said that they weren’t currently selling tickets six months into the future. I’ll try again in a few months.

After the travel agent we had lunch together and spent the afternoon playing Final Fantasy 3 (aka Final Fantasy 6) on my computer by using a SNES emulator. I’m happy that we can both enjoy hanging out and playing games together.

** As someone who currently lives with a retired game programmer who made his living from video games, I do appreciate the fact that software piracy is a bad thing for creators. However, since I actually own a physical copy of this game (it’s stuck in a box in Canada) I don’t have any moral issues about playing it on an emulator in Japan.

In the evening after The Penpal left, I watched yet another terrible MST3K movie with my roommates. Tonight’s debacle was The Master Ninja, an American TV show that was edited together into a movie. It goes to show that adding ninjas doesn’t automatically make something good. However, beer always helps.

Posted by Barniferous in Friends and coworkers on January 23, 2017

Today was my last day of work before my upcoming short holiday!

Recently Super Dave and I had been talking about our lack of travel in Japan. Traveling with other people is more fun than traveling solo, but with a small number of teachers in the area it’s hard to find someone with similar days off. Super Dave and I decided that we would each take a few shift swaps to get the same days off so we could travel to western Japan. I’m looking forward to it!

Current plans include the Ninja Museum, Osaka, and Kyoto.

Posted by Barniferous in Friends and coworkers, Teaching English on January 20, 2017

Today was pay day, the happiest day of the month! (Yes, we only get paid monthly)

In addition to my NOVA pay, I got a “bonus” in the form of free beer vouchers from one of the students. This student has been stuck in level for a while, and is trying hard to get promoted. The timing of his gift is not coincidental.

NOVA has a strict policy about teachers not accepting gifts from students. I tried to refuse in the classroom but he insisted on giving me the beer vouchers. After a brief ethical dilemma I decided to accept them because:

I celebrated pay day and the soon to be shared gift by watching a terrible MST3K movie called “Prince of Space” with my roommates. The movie was a combination of two short Japanese movies from 1959 based on the TV show “Planet Prince”. For the American release, the two movies were edited together and dubbed into English by Italians. It’s not as bad as it sounds; it’s much worse. Check out a review on badmovies.org here! 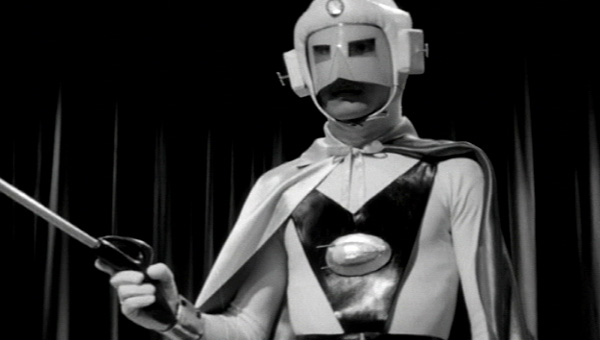 Posted by Barniferous in Azeroth, Friends and coworkers on January 18, 2017

FIFA World Cup continues, much to the delight of most of my coworkers. My roommates (both Americans) and I decided to give World Cup another try after suffering through an incredibly boring England vs. Paraguay game the other night. Tonight’s game was Spain vs. Ukraine, which we did our best to watch until we learned that there was Japanese women’s wrestling on another channel. Not just any women’s wrestling: hardcore women’s wrestling!

Finding this new program led us to a choice:

It was an easy choice. Wrestling > World Cup

Posted by Barniferous in The Penpal on January 17, 2017

Today I got to spend some time with The Penpal and see her parents’ new house. The new house is only a few houses away from their old house which is convenient for moving and nice because they already know the neighbourhood well. The new house is much more modern than the older one, and features lots of sliding windows and one room with a tatami floor. Very nice!

New life goal: own a house with a tatami room floor.

(2017 Author’s note) The Penpal’s parents are still in the newer house. I have stayed in the tatami mat room several times 🙂

Posted by Barniferous in Friends and coworkers on January 12, 2017

The FIFA World Cup is on now. Since we have a lot of British teachers, the World Cup is a regular topic of conversation in the teachers room. Tonight I was invited to watch my first ever World Cup game, England vs. Paraguay, with coworkers. It was BORING! SO VERY BORING!

I’m sure the soccer / football fans out there are warming up their fingers to type a blistering message about how a maple sucking puck slapper (Canadian) like me could never understand “The Beautiful Game”; this may be true. Soccer is a widely played game in Canada, but rarely at the professional level. I can appreciate how passionate people get about the game, especially when national pride is on the line, but the game we watched was simply not exciting soccer. At all. Even the most tea swilling, Union Jack wearing, fish and chips eating Brits in our group ended up apologizing and saying that the game wasn’t much fun to watch. They did keep telling me that World Cup is usually a lot more exciting.

The whole experience reminded me of the episode of The Simpsons where a major international soccer game is played in Springfield and everyone gets bored after about 30 seconds. Unlike Springfield, we didn’t have a riot.

At least I got a chance to hang out and drink a few beers while eating some really good spicy miso potato chips. Yum!

Posted by Barniferous in Life in Japan on January 8, 2017

This story happened sometime in 2006, but I can’t remember the exact date, so I’m putting it in May.

Being an English speaking gaijin has its advantages when it comes to salespeople. I always answer the phone in English, so telemarketers quickly hang up. Door to door sales people usually take one look at me, apologize, and then proceed to the next apartment. However, one day I got a very persistent guy who was up for a challenge.

I was getting ready for work when I got a knock on the door. I greeted the well dressed young man who started asking about our stove. I had no idea that he was a salesman, instead thinking he was someone from our apartment building. I brought him in and took him to the kitchen, apologizing for our usual mess in broken Japanese.

He started telling me something about the range hood over the stove, pulling out the filter and showing me how dirty it was. I still believed that he was someone from our apartment building who heard about how poorly Azeroth and I took care of house cleaning. I understood about 50% of what he was saying, so I agreed that the filter was in fact dirty.

At this point he pulled out a catalog of fancy looking filters and filter systems. I suddenly realized two things:

I told Azeroth about this later over beer. He stated that answering the door in English and “forgetting” Japanese was one of the best ways to get rid of salespeople quickly. He also said that he rarely answers the door when he’s not expecting someone, which completely solves the problem as well. I made a mental note to never leave home without keys or my cell phone.

What I really want to know is: does anyone in any country actually buy things from door to door salespeople?

Drinking in Japan
Create a free website or blog at WordPress.com.