Posted by Barniferous in Movies, Uncategorized on December 16, 2015 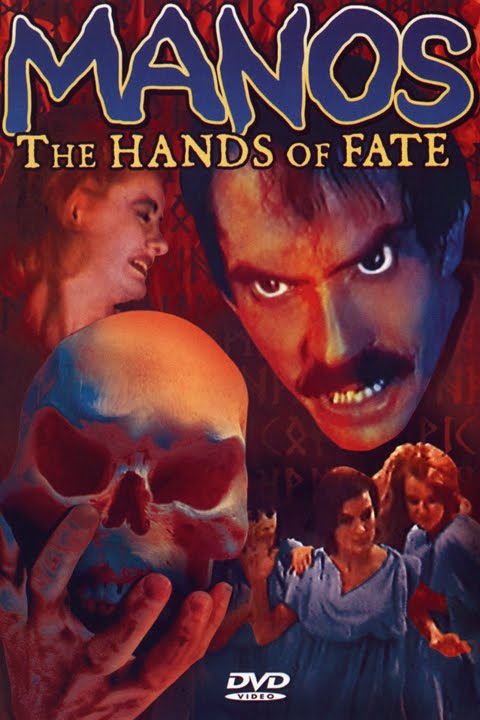 Recently I have been watching a lot of Mystery Science Theatre 3000. For those unaware, it was a show where evil scientists have sent a janitor into space and force him to watch terrible movies. The janitor has created robots to watch the movie with and they make funny comments throughout.

Tonight I watched one of the absolute worst crap fest movies that has ever been featured on MST3K – Manos: The Hands of Fate. Manos is typically near the top of any “worst movies of all time list”. It was filmed on a hand wound 16mm camera that could only record 32 seconds at a time with no sound. Three actors later “performed” all of the voice acting for every character.

In addition to the complete lack of production values, the movie features an undecipherable plot featuring a lost family, a cult, and a guy with a terrible cape. 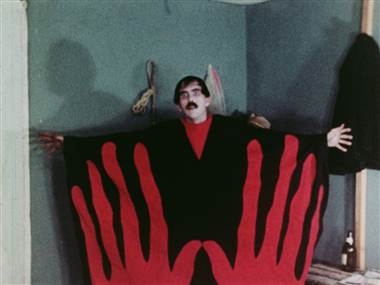 I have watched a lot of terrible movies on MST3K, but this was by far one of the worst things I have ever seen. It was so bad that the mad scientists actually apologized half way through. There was literally not enough booze available to make this movie good.

It was so bad, it almost made Catwoman seem like a good movie.

If you ever feel like punishing yourself, get a few bottles of your favourite alcoholic beverage, a few friends (who likely won’t talk to you after), and track down the MST3K version of Manos. But remember – I warned you.

(2015 Update) Oh no! It’s available for free viewing on the official MST3K channel on Youtube here! I’m so sorry.

Posted by Barniferous in Movies on January 5, 2015

After some weather related delays in Winnipeg, I finally got to Minneapolis with 3 hours before my flight to Tokyo. I grabbed a few souvenirs for The Penpal and her family in the airport, then went to the gate to hang out before my flight.

As we got close to boarding time, Northwest announced that the flight to Tokyo was overbooked, and they were looking for volunteers to take the next day’s flight. They were offering $750 in flight credits and a free night in a hotel. I started considering spending the rest of the day at Mall of America and using $750 towards a future flight home. I then remembered that I was scheduled to work the day after I got back to Japan, and didn’t have the contact information to inform NOVA that I would miss my shift. Also, the flight credit was only good for a year, and I wasn’t sure when I would be coming home again. As much as I like free money, it wasn’t a good choice so I stayed quiet as they kept searching for volunteers.

The flight to Tokyo left on time, and I settled in for 12 hours in a tiny airplane seat. They showed 3 movies on the flight, Shark Tale (good), Little Black Book (which I slept through), and Catwoman.

I have seen some bad movies in my time. Terrible movies. However, I pride myself in surviving through to the end of every terrible movie I have started, with two exceptions: It’s Pat The Movie, and The Pest. If I had an option, I would have happily added Catwoman to the list. To say that Catwoman sucked would be unfair to other things that suck. It was simply shockingly dreadfully awful.

Everything about the movie was bad: the plot, the acting, the dialogue, the horrible tacked on romance, and the discount CGI scenes of Catwoman flying around the city. The action was particularly bad, with so many quick cuts and shaky camera scenes that it was impossible to tell who was doing what to whom. I actually started thinking that a nice 36,000 foot drop into the Pacific Ocean might be less painful that watching the movie.

At this point you might be wondering “why didn’t you just read a book or fall asleep or something other than watching Catwoman?”. When I started realizing just how awful the movie was, I had no choice but to see how much worse it was going to get. Also, every other movie I will ever watch after Catwoman will seem better by comparison. It allowed me to recalibrate my “good movie / bad movie” scale.

If you ever want to punish yourself for something you have done wrong with your life, I recommend watching Catwoman in a tiny, uncomfortable seat while breathing recirculated air with no chance of escape. It is a cleansing experience that will help you atone for your sins. You could also perform your own dental surgery – either one is good.