Posted by Barniferous in Klaxman, Life in Japan, The Penpal on May 8, 2017

Happy Birthday to me! As part of my birthday present, my roommate Klaxman switched his early shift for my late shift so I was able to go to Numazu summer festival with The Penpal. I went to her house after work, and her family helped me to get dressed in my new yukata which we had bought a few days earlier.  Overall it was comfortable, but the bottom of my robe was fairly tight around my legs.

I’m not a tall person, so I usually have a long stride in order to walk quickly. The bottom of my yukata prevented me from taking big steps, which took a lot of practice to get used to. Things got more difficult when I put on my geta; thong sandals with wooden blocks on the bottom.

The combination of the yukata and geta slowed me down quite a bit. Stairs were a very unfriendly sight for my restricted legs and awkward wooden sandals. When crossing the street to get to the train station I held on to the railing tight to avoid rolling an ankle or tumbling down the stairs and wiping out the rest of the people like a pale bowling ball.

We survived the train ride and walk into Numazu’s overcrowded downtown area, and watched an amazing fireworks show surrounded by tens of thousands of people, most of whom were also wearing yukatas. If you ever have a chance, see fireworks in Japan; they blow away anything I have seen from back home, with the exception of Canada Day fireworks in tiny Wabigoon, Ontario, a town that seems to spend their entire budget every year on airborne explosives. Numazu’s fireworks are launched from either side of a central bridge, offering great views from downtown and along the riverside, and amazing views if you are lucky enough to be on the bridge.

It was a very cool experience to see Numazu festival in traditional Japanese clothing. When I first moved away from Canada to teach English, I wanted to experience Japanese culture. Thanks to my wonderful fiancee and her family I have been able to participate in things that I wouldn’t have dreamed of when I left Winnipeg behind.

Although I had a fun evening, I was very, VERY happy to get back into my comfortable jeans and flat, safe shoes. 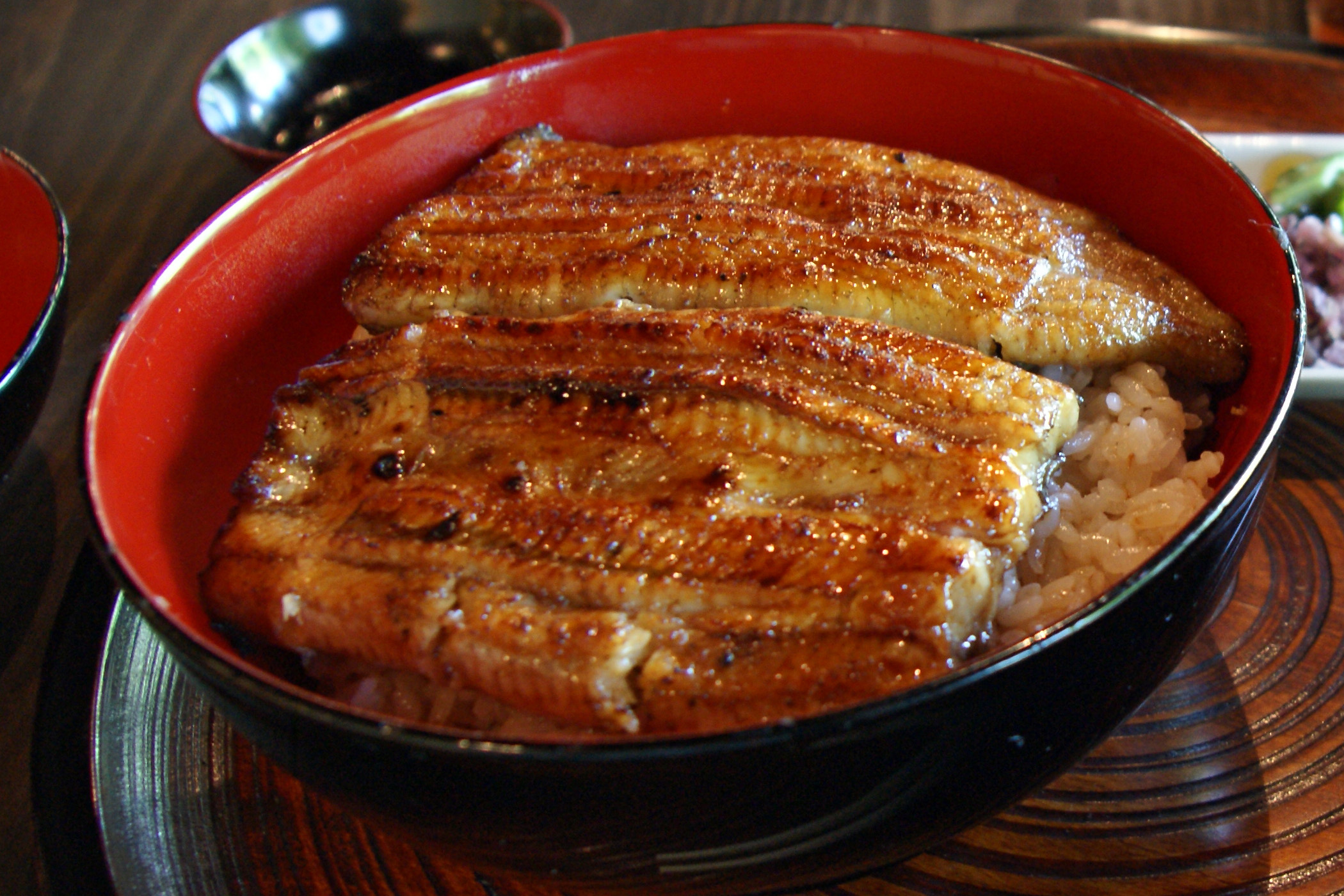 Happy birthday to me! I celebrated my 27th birthday with The Penpal and her family. They took me out for dinner and we all ordered unadon, which is grilled eel on rice. It is a popular summer food, as Japanese people believe that eel gives you energy when it’s hot outside. It was nice to have a family birthday, even if it wasn’t my family.

I also got calls from Canada, with my mom’s annual reminder that I was 19 days overdue. I don’t think she will ever let me forget it!