Posted by Barniferous in Azeroth, Friends and coworkers, Karaoke on November 3, 2014 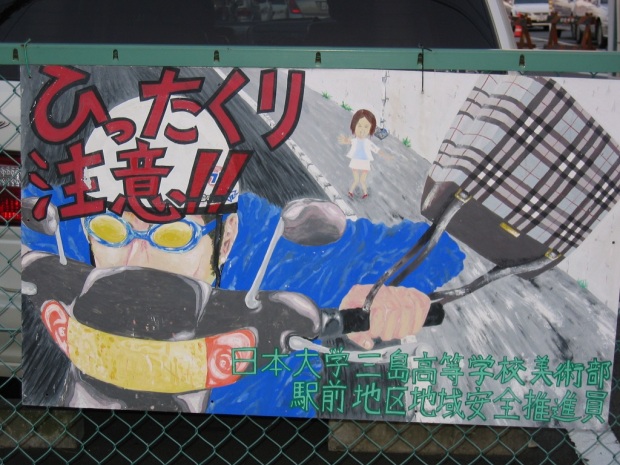 Today was my first day at my new branch, Mishima NOVA. My new school only has a total of 8 teachers, which is a nice change from the 24 or so in Kawasaki NOVA. The atmosphere is a lot more relaxed and organized, and there is already a much greater variety of students. I don’t expect to have Sundays full of four engineer lessons anymore!

The school is in a building directly across the street from the south exit of Mishima station. The classroom area is less claustrophobic than Kawasaki NOVA, and there are good sized Voice and NOVA Kids classrooms. The only complaints so far are that the teacher’s room is small and extremely narrow, the surrounding area doesn’t have a huge choice for food, and the washrooms only have squat toilets. I am very concerned about the squat toilets!

After work I went out for drinks and karaoke (again) with Azeroth and one of the branch managers. This was my second night in a row at Uta Club. Both Azeroth and the manager were very good singers, so I had to compensate by being very loud.

Karaoke rule number 1: If you can’t sing well, you should at least sing loudly while flailing your arms around 🙂

Posted by Barniferous in Kawasaki Nova, Life in Japan, Teaching English on April 24, 2014

Today was the first day for a new teacher who I will call Maria. Unlike most teachers who are in their early to mid 20’s, Maria was somewhere between mid 30’s to 40’s, but was one of those people who always appears youthful and vibrant. Like most new teachers, she was feeling stressed and overwhelmed on her first day of work, mainly due to NOVA’s minimal teacher training. One of my supervisors asked me to help, since I was only a few months removed from being a stressed out new teacher myself. I worked with Maria to help her get her files ready and plan lessons. This made my day quite a bit busier, but I was happy to help.

After work we went out for a drink at a nearby izakaya. As we talked I learned that Maria considered teaching in Japan to be the next in a series of life adventures. She was one of those rare free souls who spends time travelling from place to place and really living life. After another drink or two, she admitted that at one point in her life she was the travelling mistress for a famous Grammy award winning musician (who will remain nameless here). Usually if someone makes a claim like that after a few drinks you take it with a grain of salt and smile politely. With Maria – I completely took her at her word.

After I went home, I was still pumped up from a busy day at work and the alcohol, so I tried to relax by borrowing a a bootleg DVD copy of Kill Bill from one of the other Hello House residents. The picture quality was crap, the subtitles were hilariously wrong, and the disc was damaged so the last 20 minutes were completely unwatchable. Come on bootleggers – take pride in your work!

(2014 Update) My original post lacked a lot of detail about Maria. I usually tried to avoid writing about my coworkers experience in the office while I was still working with them.