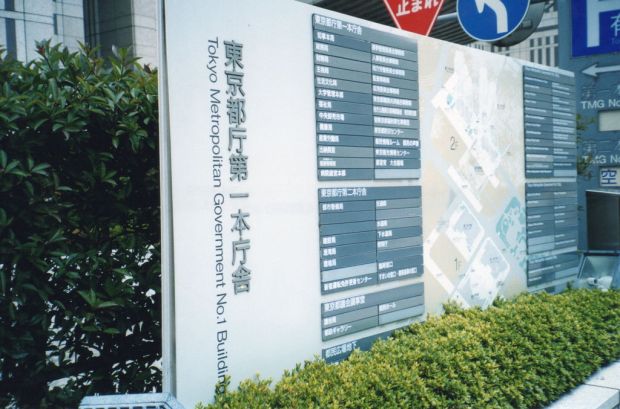 Today we went to Shinjuku for sightseeing and to activate my family’s JR rail passes.

The JR Rail pass is a must purchase for visitors to Japan that will be doing a lot of traveling. Passes are available in 7, 14, and 21 day versions. They allow free transportation on all JR trains, all local JR busses, the Narita Express, and all except the fastest shinkansen. You need to purchase the pass before you travel to Japan, and then activate it when you arrive. The time period starts as soon as you activate the pass. Unfortunately the JR Rail Pass is not available for foreign residents of Japan, only visitors.

The closest place to Noborito to activate the JR rail pass was in Shinjuku. We boarded the Odakyu line and took the 20 minute ride into Shinjuku station. The plan was to quickly activate the passes, get lunch, and then explore Shinjuku for the afternoon.

It took us a while to actually find the travel office where we could activate the rail passes, and when we arrived we found a huge line of people ahead of us. By this point I was already hungry and looking forward to lunch. After waiting for about half an hour, we were at the front of the line. I asked my parents if they could take care of the passes themselves while I got something to eat. They were worried about doing something wrong or needing to speak Japanese, so I had to stay.

By the time the rail passes had been exchanged, I was ravenous. The staff at the travel office spoke English very well, which was good because I am pretty useless when hungry, and the Japanese language part of my brain had shut down. I declined their offer of help to book a hotel in Kyoto so we could leave sooner. Just before 2:00pm my family walked out of the travel office with active rail passes and one grumpy translator. Eventually we found a nearby Becker’s Burgers in the underground mall and I proceeded to stuff myself.

Now that I was fed and feeling like a human again, we left the sprawling Shinjuku station and started to explore the area. I walked my family down the main streets, near all of the restaurants, stores and pachinko parlours. I took them through the NS building and showed them the world’s largest water clock, which was the first landmark that I had seen when I arrived in Japan in September. In addition, we went to the Tokyo Metropolitan Government Building.

The government building, also known as Tokyo City Hall, has two large towers on each side of a central structure. Each tower has a free observation level on the 45th floor that provide breathtaking views of the Greater Tokyo Area. On a day with no clouds and minimal smog you can see Mt. Fuji. We had no such luck.

After completely overwhelming my family with tall building after tall building, we returned to Noborito to get packed for our 3 day excursion to Hiroshima, Kyoto, and Numazu. We all tried to watch a DVD in my room, but everyone was still jetlagged from the travel and we all had an early night.

(2014 Update) The JR travel offices that can be found in major train stations and airports are fantastic. They are happy to help you make your travel and hotel plans, and they can provide maps and recommendations for places to see. The best part is that they can do all of these things in English. Just make sure you get some lunch first – the lines can be long!

This entry was posted on July 21, 2014, 11:31 pm and is filed under Tokyo, Visitors. You can follow any responses to this entry through RSS 2.0. You can leave a response, or trackback from your own site.