Posted by Barniferous in The Penpal, Visitors on January 9, 2016 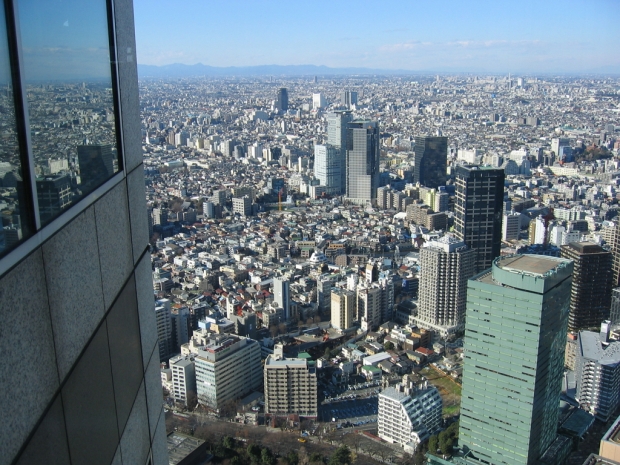 Disclaimer: UPS is the nickname of one of my friends visiting Japan. This post has nothing to do with United Parcel Service.

UPS and I got up early in the morning, and met The Penpal at Mishima station in order to go to Tokyo for the day. I love having a chance to introduce my girlfriend to friends from home. I was hoping to get a chance to do that on a large scale over the Christmas holidays, but she was unable to get the time to travel to Canada.

I wasn’t worried at all about UPS meeting The Penpal. He is one of those friendly people who can have a conversation with anyone. We took the shinkansen from Mishima to Shinagawa, talking the whole way. By the end of our hour long trip, The Penpal and UPS were talking like old friends.

Our first stop of the day was Shinjuku. It’s always impressive to show off the tall buildings around Shinjuku station. Today was Sunday, so we got a chance to look at the buildings without the usual mobs of people crowding us. It was almost a bit spooky to see how empty the streets were. We walked in the direction of the Tokyo Metro Government Building, making sure to pass through the NS building to see the world’s largest water clock. I filled UPS in on my adventures coming to this building two years ago for NOVA new employee orientation. Even though it had only been 2 years, it felt like a whole lifetime ago.

As we left the NS building and continued towards the Tokyo Metropolitan Government Building, we saw a strange sight; a small ramen stand in the middle of an empty courtyard surrounded by people. As we got closer, we noticed TV cameras, and standing in line for ramen was comedian Hard Gay. They were filming something for one of his TV appearances. 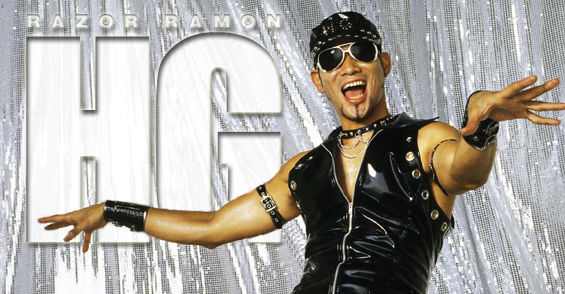 As someone who has lived in Japan for over 2 years, I am now used to the idea of a muscular, leather clad comedian named “Hard Gay”. It took some explaining to get UPS to understand what he was looking at, and I promised to show him some Youtube videos later. UPS took out his camera to capture the moment, but one of the producers came over and asked politely in Japanese not to take pictures. I translated for UPS and he put his camera away, although in retrospect this would have been a good opportunity to forget Japanese and get a picture of Hard Gay in action.

We eventually got to the Metro Government building, and went to the observation level, located 202 meters above street level. We spent about an hour taking looking at the never ending sprawl of the Greater Tokyo area in every direction. We also got a picture with the cute mascot of the Tokyo Metropolitan Bureau of Transportation (TOEI). I don’t know why every business and government department in Japan feels the need to have a cute mascot, but maybe that’s because I am Canadian. 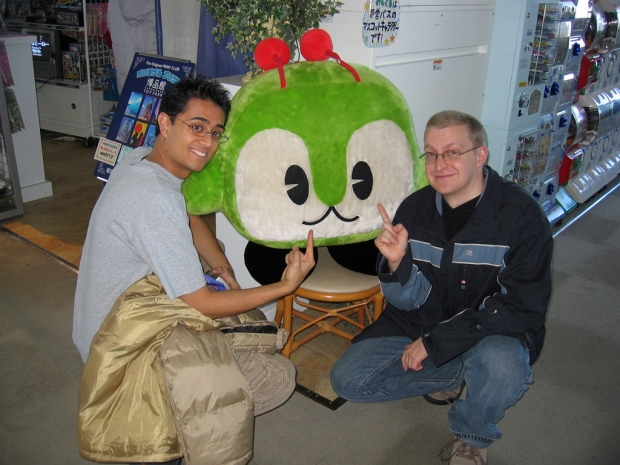 We could have spent a lot more time in Shinjuku, but had to keep moving to take advantage of UPS’s short time in Japan. Next stop: Meiji Shrine.

Posted by Barniferous in Tokyo, Visitors on August 9, 2014

Today I took my family to Narita Airport and sent them back to Canada. It was sad to see them go. I have been lucky to host two different groups of visitors in the past few months, and now I will have to return to my regular life of teaching English.

A big thank you to my family for taking the time and expense to come and see me!

(2014 Update) Before visiting me in Japan, my parents idea of international travel was driving to the USA. In the 10 years since they flew around the world to visit me in Japan, they have been to Bosnia, Cuba, Dominican Republic, Ireland, Israel, and Jamaica with plans for more travel in the future. They also returned to Japan in 2006, but that’s a story for a later date. I’m not taking all the credit for their jet setting ways, but I think I helped.

Posted by Barniferous in Team Awesome Sauce on May 21, 2014 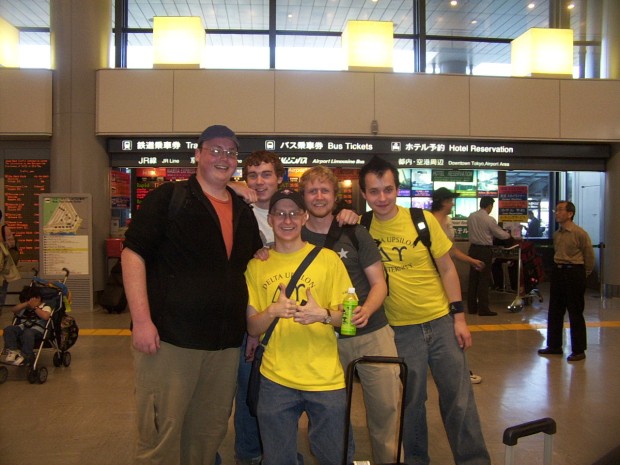 I’m not this short – I was crouching down. From left to right: Flounder, Green, me, Hippie, Code Red.

My friends finally arrived today! I woke up early to tidy and vacuum my room. Before I left I pulled out my bright yellow Delta Upsilon Manitoba shirt and headed off to Narita airport on the slow trains. This involved taking the Odakyu line from Noborito to Shinjuku, the Yamanote line to Nippori, and the Keisei line to the airport.

After 2 hours in transit I arrived at Narita Terminal 2 about 20 minutes before the guys flight arrived. I left the train station in the basement of the airport, went through a security check, and then wandered around the terminal. The guys were flying a terrible flight from Winnipeg through Chicago to Narita Airport on United. In the arrivals area I couldn’t find their flight listed at all. After looking around at the signs I realized that United lands at Narita Terminal 1, so I was in the wrong terminal.

There were signs for a bus to terminal 1, but since I was more familiar with trains in Japan I bought a ticket and went back to the train platform. On the platform I learned that the next train between Terminal 2 and Terminal 1 was in 30 minutes. I tried to go back into the airport, but the train gate closed on me. I then attempted to use all of my Japanese skills to explain my situation to the train staff. Fortunately they understood and took pity on me. I walked away with a refund and directions to the bus which leaves every few minutes between the terminals.

Thanks to the incredibly slow lines in immigrations and customs I had to wait about an hour before my friends actually came into the arrival area. The entire time I had people staring at my bright yellow DU shirt. The shirt was very bright, but it did make me extremely easy to find in the crowd. After exchanging greetings and manly hugs, the guys showed me the souvenirs they brought from Canada; a case of Kraft Dinner and a 12 of Moosehead beer. I am so Canadian.

While the guys took turns exchanging money and cashing in travelers cheques, I was approached by an unlicensed taxi driver who offered to drive us to Kawasaki. I know he was unlicensed because no taxi drivers are allowed to solicit business in the airport terminal. I expect that our cab ride from Narita to Hello House would have been extremely expensive. I finally got him to leave and we bought tickets for the Narita Express.

Just like when I arrived months earlier, we changed trains in Shinjuku during rush hour. I took the group outside to get their first look at the Shinjuku skyline and mobs of people. If you ever bring people to Japan I recommend doing this. We changed to the Odakyu line and traveled the rest of the way to Hello House incident free. The Team Awesome Sauce adventure was about to begin!