Posted by Barniferous in Drinking, Friends and coworkers, Return to Canada on December 30, 2014 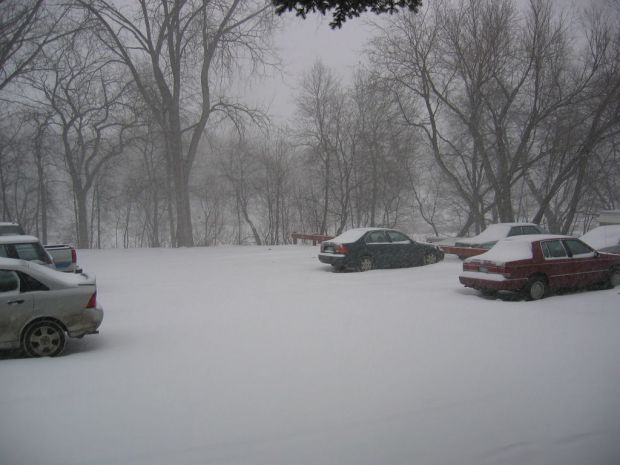 Today it started snowing, and the snow didn’t stop. By the end of the day, some parts of Winnipeg had received more than 30 centimeters (about 12 inches) of Snow. Since I was only back in Canada for a few weeks, I didn’t want to let the weather slow me down. I had a full evening planned with friends.

The first venue of the evening was Smitty’s lounge for their famous wing night. My friends and I all gorged ourselves on chicken wings and beer. Sometime around 2000 or 2001, my friend Grog and I discovered the joys of Smitty’s Tuesday and Thursday cheap wing nights. We invited more people, and wing night became a regular event. I am proud to say that the wing night tradition survived even after Grog and I both moved away from Winnipeg. Tonight’s wing night was the first time we were both back in Winnipeg for wings in over a year.

After wings, we drove to Osborne village to find something fun to do. I was staying in my old apartment (now shared by my sister and a roommate) in the neighbourhood, so I was able to safely park my car and meet up with the group at a new karaoke place. It was Asian style private room karaoke, but they weren’t licensed to serve alcohol. I hadn’t realized before how important alcohol was to karaoke. We still had fun, however. My group had a few people who had been in some local bands, so the quality of karaoke was above my usual drunk English teacher level.

We finished up with some beverages at Toad in the Hole, a popular pub style watering hold that has become a landmark in Osborne Village. It was a really fun night, and despite me being away for a year, my friends made me feel like I had never left at all.