Posted by Barniferous in Western Japan on August 12, 2016

After a morning at Osaka Castle, my parents and I took two trains and less than 20 minutes to get to Osaka Port, home of the amazing Osaka Aquarium. This was another place that I had been on my solo trip west last year, but it was so impressive that I had no problem seeing it again.

Before we went in, we stopped for lunch at the nearby shopping centre. On my last trip I found an okonomiyaki restaurant (one of Osaka’s famous foods) where the staff cook at your table. I tried, unsuccessfully, to describe okonomiyaki to my parents on the train ride. “It’s like an omelette pizza pancake with stuff in it and delicious sauce” wasn’t really enough for them to get a good mental image of the food, so I told them to just trust me. On their first trip to Japan, we probably would have ended up at a McDonalds in this situation. This time we all sat down for delicious okonomiyaki which they loved. 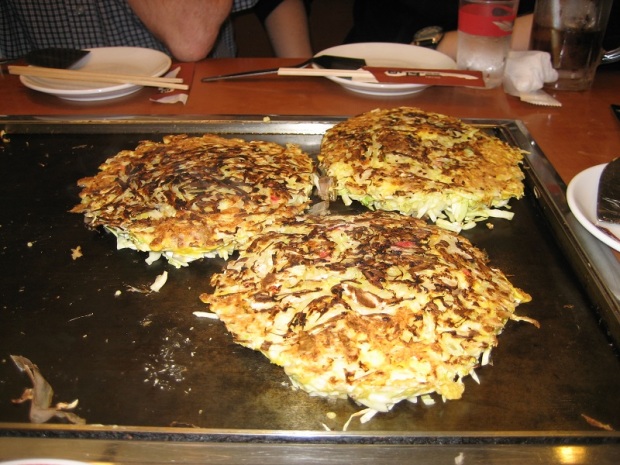 The last time I was at the aquarium, I noticed that most of the gaijins at the aquarium were talking about the beautiful assortment of marine life on display, while more than a few of the Japanese people (especially the kids) were commenting on how delicious the assortment of marine life looked. I told this to my parents over lunch, but they didn’t completely believe me. I asked them to listen for the word “oishii” which means delicious. It didn’t take long for them to hear it!

Osaka Aquarium is a world class facility featuring marine life from around the globe. The variety of different species and information available is simply fantastic. I would post more pictures, but it’s extremely difficult to get good pictures through thick aquarium glass. Other than that I would highly recommend the aquarium to all visitors. Also, if you have been in Japan for a while, don’t go hungry – everything will start looking delicious to you.

Before heading back to our hotel, we watched a show at the Imax theatre near the aquarium. It was a fun day exploring Osaka, and we were all ready for an early night! Nara tomorrow!

Posted by Barniferous in Western Japan on July 5, 2015 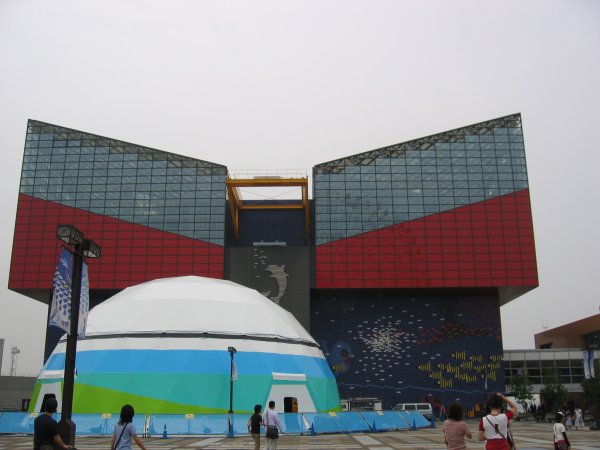 Despite a very long day of walking yesterday, I woke up refreshed after a good night’s sleep in my hotel bed. I have been sleeping on a futon so long, that I forgot how amazing it is to sleep in a bed.

I ate breakfast and checked out of the hotel, then walked to the subway station. My destination was Osakako station. In this case the “ko” means port. The Osaka port area has several attractions, the biggest and most impressive being Osaka Aquarium Kaiyukan. The aquarium is one of the largest in the world.

Visitors enter at at ground level, then take an elevator to the top of the structure. There are tanks featuring aqua life of all kinds from different regions of the world, all in separate tanks. The tanks are arranged around the outside of the building, allowing visitors to spiral downward to see the same areas at lower and lower depths. In the center of the structure is a huge tank featuring a 12 meter long whale shark. The lowest levels of the aquarium feature special tanks that include giant crabs and jellyfish.

Osaka aquarium is a world class facility that should be on everyone’s must do in Osaka list. Aside from the wide array of aquatic life from around the world, the most interesting part of the experience was the people. Most of the gaijins in the building (no, I wasn’t the only one), were busy taking pictures of the fish and reading the information. The Japanese people, especially the children, were making several comments that everything looked delicious. Note to entrepreneurs: open a sushi restaurant right outside the exit of Osaka Aquarium. It’s guaranteed to succeed.