Posted by Barniferous in Return to Japan, Tiny Dog on July 24, 2019 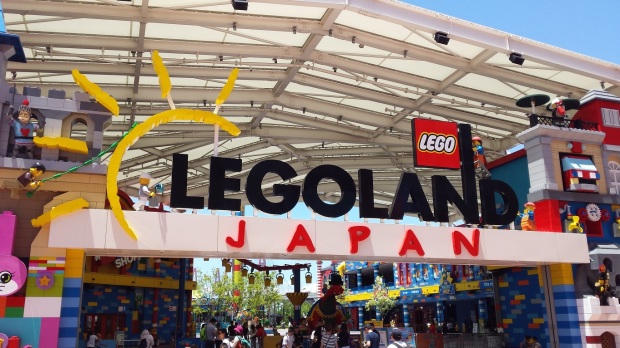 On our previous trip to Japan in 2017, we went to the newly opened Legoland Japan theme park. Even though we only saw part of the park last time, Tiny Dog enjoyed his visit so much that he wanted to return. It also helped that Ryan from Ryan’s Toy Review had gone to Legoland Japan, and as every parent of a 3-8 year old knows, if Ryan does it, your kid wants to do it too.

On our last visit, the Lego Hotel was still under construction. It was finished in 2018 and we were able to get first anniversary deals on our trip: 1 night in hotel, 2 days of passes to Legoland and the Sea Life aquarium next to the hotel, and free breakfast. It was still expensive, but much less expensive than attempting any of those things separately.

We took the shinkansen from Mishima to Nagoya, then switched to local trains to get to Kinjo Futo station. We arrived just before noon, checked in at the hotel, left our bags, and then had a pizza lunch at one of the nearby restaurants. After lunch, we entered the park and did a few hours of sightseeing and rides. Everything in the park was the same as the previous visit, however our now 5 year old son got a lot more out of the experience than he did on our previous visit when he was 3.

Before dinner we checked out our room. All of the rooms at the Lego Hotel have themes: we chose Pirates over Ninjago, Kingdom, Adventure, and Lego Friends. The room was decorated from floor to ceiling with Lego pirates – even the shower curtain was piratey. Tiny Dog was immediately entertained by the treasure hunt – there was a combination safe in the room, and to unlock the combination you had to answer some questions about the room (how many pirates in the bathroom, etc). The numbers from the answers unlocked the safe to reveal, as you may have already guessed, Lego.

My favourite part of the room was the layout. Our room was a suite containing a kids area right off the entrance, a long hallway with a bathroom, then the parents area. The kids area had a bunk bed, a TV playing Lego movies, and plenty of Lego blocks for building. The parents area had a large bed, a bigger TV, and most importantly, a hallway to separate it from the kids area. In a country short on privacy, this was the best we were going to get for a while.

The Legoland Hotel features a buffet style restaurant and a lounge which offered 2 hours of all you can drink for 2000 yen (about $25 CAD). Tiny Dog wanted to eat at the hotel restaurant, but I was craving curry from one of the nearby restaurants. We compromised – I got to choose dinner and we let him play at the giant indoor play area next to the hotel restaurant before dinner. I was very interested in the all you can drink, but after a full day of travel and theme park I would have probably fallen asleep after the first beer!

If you’re going to visit Legoland Japan, I highly recommend staying in the Legoland Hotel, especially if you are coming from out of town. The hotel is perfect for families, and there is literally nothing closer to Legoland or the Sea Life aquarium. If we return, we will be staying at the hotel again!

Next up: a full day of Legoland!

Posted by Barniferous in Return to Japan, Tiny Dog, Western Japan on June 29, 2017 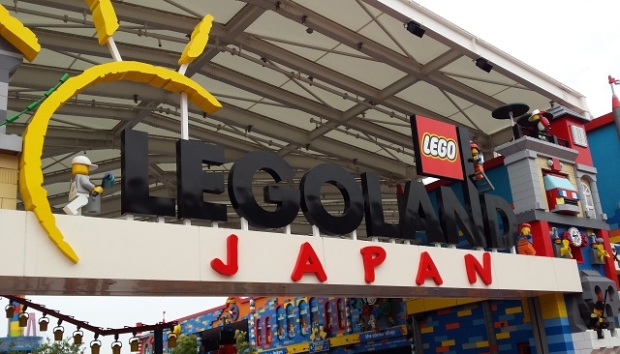 This morning The Penpal, Tiny Dog, and I checked out of our hotel and set off for Legoland Japan. We boarded Aonami line from near our hotel on a train packed with salarymen. The journey to Legoland took us through some of the extensive port areas in Nagoya, passing by rows and rows of new cars ready to be loaded onto a boat for overseas shipping.

After 25 minutes of ports and industry, we arrived at Kinjofuto station, located on a small island which is home to a conference center, restaurants, railway museum, and most importantly, Legoland.

Legoland is a theme park designed for ages 2-12. I could probably write a few thousand words about how amazing Legoland was, and we didn’t even see all of it. Some of the highlights include: 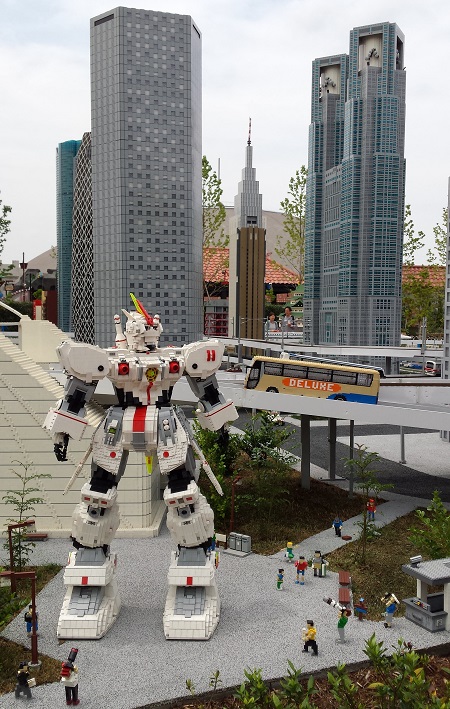 The one thing that Legoland didn’t have was protection from the insane humidity. By the end of our Lego day we were tired and drenched in sweat. TD managed to fall asleep on the train and not even the noise and activity of Nagoya station, one of the busiest stations in the WORLD could wake him up.

I’m already excited about our next trip to Japan and a return to Legoland.

Posted by Barniferous in Return to Japan on June 26, 2017

Other than coming to Japan, the most exciting part about our trip is an upcoming visit to Legoland Japan, the newly opened Lego theme park in Nagoya. Tiny Dog has spent a lot of time on YouTube watching videos of Legoland in Florida. When we found out that a Legoland had opened in Japan, we knew that we had to go (sorry Universal Studios Japan).

There are several hotels in Nagoya that offer a package that includes hotel room, breakfast, and adult tickets to Legoland. Our plan was to take a two day trip to Nagoya, with travel to Nagoya and a visit to the aquarium on the first day, followed by Legoland and returning home on the second day. I booked a hotel package online that had us checking in on Tuesday, June 27 and going to Legoland on Wednesday, June 28. There was no indication on the hotel’s website that these dates might present a problem.

While I was looking up details about getting around in Nagoya, I happened to discover that Legoland is closed every Tuesday and Wednesday. I can’t imagine how miserable it would be to show up at a fun theme park with an excited kid, only to find it was closed; I think it would be on par with finding Santa’s corpse stuck in the chimney on Christmas morning.

The Penpal called the hotel and changed our reservation so we would check in on Wednesday and go to Legoland on Thursday. Thankfully we dodged a huge bullet that would have sucked the fun out of our trip to Nagoya.

Always check the hours of operations before you make plans. ALWAYS.