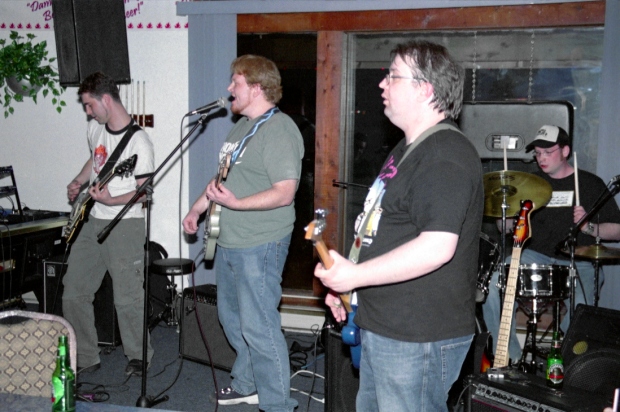 There is no worse way to start off your day than to get a phone call informing you that one of your friends has suddenly died. My mom called me telling me to call my friend Janet in Winnipeg as soon as possible. This was an unusual request, so I suspected that something wasn’t right.

I called Janet and she told me that Christian Schlosser had died suddenly during a rec volleyball game. During the game, Christian fell over suddenly and stopped breathing. Some of the other players were lifeguards and started CPR immediately. Even with the immediate attention, Christian didn’t make it. He was in his early 30s. It was a shocking event for everyone there, and completely unexpected.

I had met Christian through mutual friends in university. We weren’t close friends, but got along well and had spent many hours together playing dungeons & dragons. Christian was also one of the early members of our Thursday night chicken wings group.

I toyed with the idea of staying home from work, but in the end I decided that there was nothing I could do at home, and that working would keep my mind occupied. There wasn’t a lot I could have done if I was in Canada, but it’s still no fun being half way around the world when something terrible happens.

Good bye Christian, you will be missed by everyone who knew you.

(2015 Update) The picture above shows Christian singing and playing guitar with Buzz Lucky, a band that he formed with a few friends.

This entry was posted on September 30, 2015, 8:00 pm and is filed under Friends and coworkers. You can follow any responses to this entry through RSS 2.0. You can leave a response, or trackback from your own site.