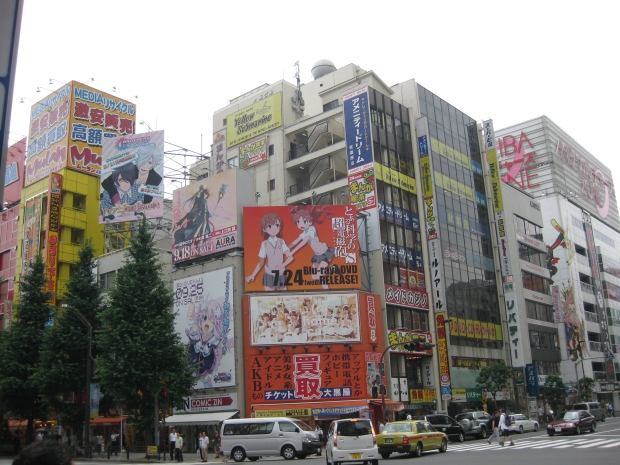 After spending a few hours in Asakusa, Team Awesome Sauce and I went to see Akihabara, the famous electronics district of Tokyo and centre of geek culture in Japan. None of us had ever been there before, but we expected to find lots of electronics stores, duty free shops, video games and anime models.

Akihabara is served by several JR lines as well as the Tokyo Metro. Since we were coming from Asakusa, we were on Tokyo metro. Subway stations in Tokyo are huge and can sprawl under several city blocks. If you don’t know which exit you need to take, you can end up a long way from your destination. That’s exactly what happened to us.

Akihabara is a really cool place to explore if you are into anime, video games, or electronics. You should never bring kids to Akihabara. Ever.

This entry was posted on June 9, 2014, 8:00 pm and is filed under Team Awesome Sauce, Tokyo. You can follow any responses to this entry through RSS 2.0. You can leave a response, or trackback from your own site.